This week I wanted to share something that I have gotten really excited about. The only other time I think I got this excited about something Comic Book related was in the lead up to my attending my First Comic Con last month and some of the amazing loot that I found while I was there. 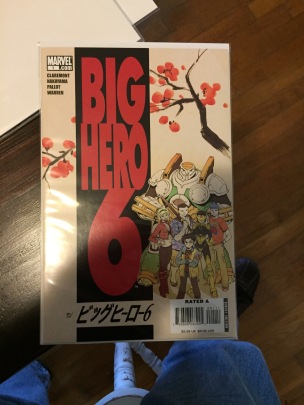 I am a big fan of Jason David Frank, best known for his role as Tommy Oliver or the original Green/White Ranger in “Mighty Morphin’ Power Rangers”, and who I had the honor of meeting last month at Wizard World Comic Con.

The hints continued to build and were pointing towards him doing work with Valiant Entertainment and that he may be bringing one of their headlining characters, Bloodshot, to life in a web series they were creating around the character of Ninjak.

For those that have never heard of Valiant, they are a comic book company similar in product to Marvel and DC as they play host to a multitude of company owned superhero characters that all appear in a shared universe with one another.

A big difference between Valiant and it’s main competitors, Marvel and DC, is that Valiant in it’s current state, under the Valiant Entertainment and owned by Dinesh Shamdasani and Jason Kothari has only been around since 2005 with it’s current line of comics only hitting shelves 4 years ago in 2012.

I personally only heard about Valiant 2 years ago and have only read on of their Graphic Novels, “The Valiant”, which I thoroughly enjoyed and would highly recommend as a great way to experience multiple characters of the brand as well as reading a well-written self contained story.

Although I have yet to read more of Valiant’s stories (something I intend to remedy very soon once the holidays are past) I continue to hear similar highlights about Valiant from those  that have been reading them. The verdicts seem to indicate that the stories are well thought out, well written and make great use of the shared universe and creating a consistent continuity with their characters.And it doesn’t hurt that their regular Trade-Paperbacks are $9.99, significantly cheaper than those of Marvel or DC.

I intended to look into the comics for myself and venture into Valiant and I will review their Trade-Paperbacks here on my blog and see if they live up to the hype.

Anyway, back to my excitement.

I had not thought much about Valiant recently until JDF had started hinting at his involvement with them. I then found a promotional image of Ninjak and Valiant officially stating that they would be releasing a web series in 2017.

Following this JDF then released an image and officially announcing himself as Bloodshot in the upcoming web series.

I began to search for Valiant comics online and started looking at previews of issues and blurbs of stories and I continued to build my own hype for the Valiant web series and realized that it may be long overdue to venture into the Valiant comics and see whether this is a company worth supporting, characters worth investing in and whether they can eventually be one of the major Superhero Comic Book companies in the world.

New York Comic Con finally arrived and I was so jealous that I could not be in attendance and be live at the Valiant panel itself for the official announcement but I am grateful the the entire panel was available on live-stream via Twitch and although I missed the start of the panel, I started watching just as they unveiled the trailer.

The web series is a joint production between Valiant Entertainment and Bat in the Sun, a YouTube channel best known for their high quality, well choreographed show “Super Power Beat Down” where they pit two superheros against each other in a live action battle.

Following the trailer they then unveiled the cast members and the roles that they will be playing;

The Panel was really interesting and they stated the reason the focused on Ninjak is he was probably the biggest name in their comics that was the easiest for those unfamiliar with Valiant to relate to. It was also amazing to see everyone from the cast, the heads of Valiant and the heads of Bat in the Sun all sound so excited and passionate about being involved in this production. It reminds me of how excited the cast and crew of the Marvel movies are about their product and how they want to do something that honors the source material and that the fans will love as well as caring about the product themselves. That is the exact feeling I get about the cast and crew of “Ninjak vs The Valiant Universe”. 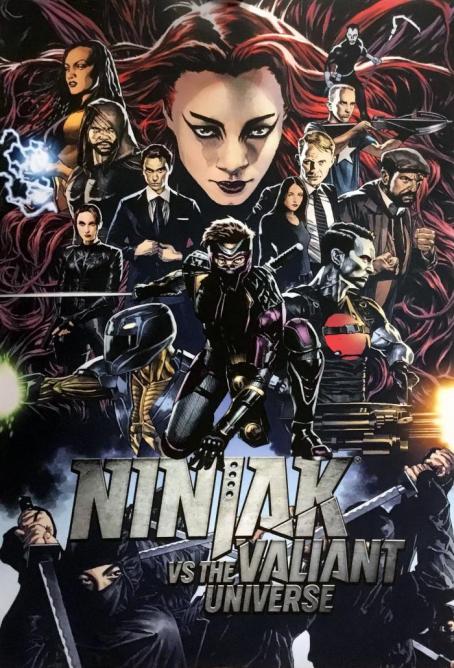 I am very excited about Valiant as a whole going forward and I intend to delve into their comic books as soon as I am able to and have a number of titles that have grabbed my attention and where I can properly begin my journey with these characters and you can check out the series that I am hoping to start below. 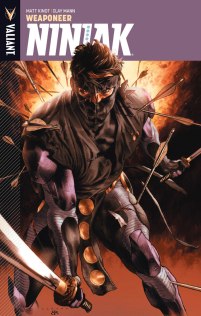 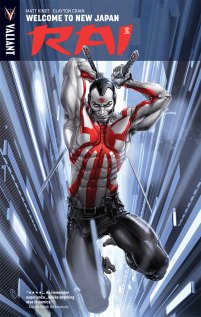 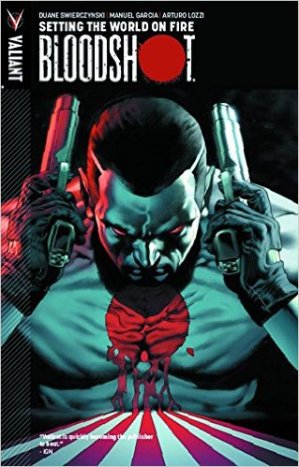 What do you think about the Valiant universe and the Ninjak vs. The Valiant Universe web series? Would you be interested in me reviewing the Valiant Comic Books or even other Comic Books from other companies.?

If you liked this post then you can leave a like and a comment below. Please feel free to subscribe to keep up with the latest goings on and check out the other posts on my blog.

And as always you can follow me on Social Media;